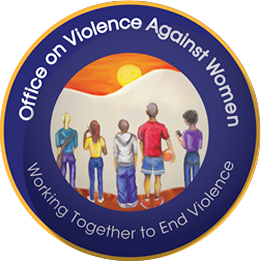 The Office on Violence Against Women recently announced the Justice for Families Program. The Grants to Support Families in the Justice System program (referred to as the Justice for Families Program) was authorized in the Violence Against Women Reauthorization Act (VAWA) of 2013 to improve the response of the civil and criminal justice system to families with a history of domestic violence, dating violence, sexual assault, and stalking, or in cases involving allegations of child sexual abuse. The program supports the following activities for improving the capacity of courts and communities to respond to families affected by the targeted crimes: court-based and court-related programs; supervised visitation and safe exchange by and between parents; training for people who work with families in the court system; civil legal services; and the provision of resources in juvenile court matters.
Eligible Applicants: States, units of local government, courts (including juvenile courts), Indian tribal governments, nonprofit organizations, legal services providers, and victim service providers in the United States or U.S. territories.
Deadline: January 8, 2020
If you are interested in applying for this funding opportunity and would like some assistance in developing a competitive narrative for your application, contact us by emailing info@saeassociates.com or calling (212) 684-4480.
Learn More About This Funding Opportunity
“74.8% of people with mental health conditions reported they had been victims of abuse, while 67.1% of those with a speech disability, 66.5% of those with autism, 62.5% of those with an intellectual or developmental disability, and 55.2% of those with a mobility disability reported having experienced such abuse.”
– Report on National Survey on Abuse of People with Disabilities
Disability & Abuse Project